We just finished up this morning of College Gameday on ESPN (and first hour on ESPNU for all the early birds), and as it was another good week.  Aren’t they all.  The show was broadcasting this morning live from Kyle Field in College Station, TX for the matchup between Texas A&M and Florida.  This marks the end of an era as Texas A&M leaves the Big 12 and all ties to the University of Texas, the Big 12, the old Southwest Conference, and any chance of conference success.

The first hour of the show on ESPNU kicks off with Chris Fowler welcoming us to the show before disappearing for the next hour until the real show on ESPN starts.  After that, it turns into the Samantha Steele show featuring David Pollack and Desmond Howard.  The team seems to wander back and forth between sitting at the news desk and  standing on the miniature football field for segments for no apparent reason other than showing off Samantha Steele’s legs.  We didn’t get any impressive suits from Desmond Howard like usual, and we didn’t get a Superman quick-change between shows from him either.  Pretty disappointing for those of us who are real fans of Desmond Howard’s black guy suits.  The first hour also featured our Tim Tebow Memorial segment of the week, which was the story of Matt Barkley and a few USC players who flew to Haiti to build houses after the 2010 earthquake.  It helped them to bond as teammates and appreciate just how lucky all of us really are, as well as help out a devastated area and maybe change some lives.  To finish off the hour, David and Desmond gave us their picks (which were previously posted), and in a shocking revelation David Pollack picked Georgia to beat Mizzou.

The big show kicked off an hour later (after sending David Pollack back to the bus to use the internet) with Chris Fowler, Kirk Herbstreit and Lee Corso opening up to a crowd that grew pretty massive from the first hour to the second.  The crew let us know that this was the first time in 32 weeks of competition that we haven’t had a matchup between two ranked teams, but I still think the slate today is pretty solid with lots of matchups between teams where the winner probably gets ranked/stays ranked.  We got an early game pick with the guys breaking down the big game between Earlham and Kenyon; one of which is on a 24 game losing stream and one of which is on a 21 game losing streak.  The consensus was obviously Kenyon over Earlham, with only Lee Corso picking Earlham.

We got quite a bit of Aggie tradition talk from down there in College Station, including Lee Corso’s explanation of “mugging down”.  After A&M scores a touchdown, everyone in the stands “mugs down”, meaning to kiss their significant other or random hookup for the night.  Lee Corso also suggested that they may need to revise the tradition to kissing after every first down, because A&M won’t be scoring much in the SEC this year.  We got a quick hit segment from Tom Rinaldi about Midnight Yell Practice at Texas A&M, which is essentially a pep-rally held at midnight the night before a game at Kyle Field.  Having been to one myself, I have to say its a pretty unique tradition, and absolutely the most confusing thing I’ve ever seen in my life.  People joke a lot about the Aggies being part of a cult, but as an outsider going to a Midnight Yell, I have to say that standing around with thousands of grownups hugging and chanting in the middle of the night sure sounds like some cult stuff to me.  Anyways enough about my own prejudice.  We also learned today that David Pollack has actually gigged frogs before.  I’m not explaining any more A&M tradition, so just go HERE for an explanation.

We got a piece from Gene Wojciechowski about the Savannah State football team that took an 84-0 beating last week against Oklahoma State, and how they feel leading into this week as a 70.5pt underdog against Florida State.  Their coach reminded us that he has nothing to do with the scheduling, and he confirmed an 84-0 whipping does not feel good.  Several of the players from Savannah State surprising said they think they have a chance today.  Ok. 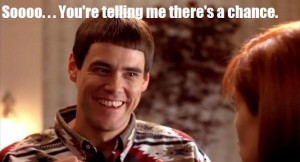 I think these games are pretty ridiculous, but don’t agree with Desmond Howard’s statement that these teams are prostituting themselves out.  Sure they’re trading losses for cash, but the $600,000 or so they will profit (net) off of these games is HUGE for a small athletic program, and it can’t hurt recruiting to get your name out there this much.  Their AD said they plan to schedule 2 FBS teams per year for the foreseeable future.  I know this might not be exactly the same thing, but there was a time when Boise State was thought to be crazy for their attitude of playing anyone, anytime, any place no matter the mismatch.  Who knows, this could be a big boost for them.  If I was a betting man, I’d take the 70.5 today just for giggles.

The boys revisited their National Championship predictions (Des and Herbie went with FSU, Lee went with USC) and all of them stood by their picks.  Sad to say we didn’t get a “Bald Man on Campus” segment with Scott Van Pelt today, as last week’s was really enjoyable.  We also got a sitdown interview with Kevin Sumlin and Chris Fowler to discuss the suspension of a couple of their players.  If you didn’t know, Aggie coach Kevin Sumlin suspended two players for the season opener against Louisiana Tech, but after that game was cancelled due to the hurricane, they were reinstated for this week’s now-opening-game against Florida.  Lots of people were saying this was cheap to suspend them against a lesser opponent but to bring them back for a “real” game.  Sumlin had a good enough reasoning to me; that his players were suspended for LaTech, and thus had not/will not prepare or play for the LaTech game.  If he suspends them for the Florida game now he has potentially hurt his team twice with the extra prep-time being missed.  Believe what you want, I don’t really care.  I always liked Kevin Sumlin at Houston, and hated to see him go to A&M (because I am strongly biased against them), but I will continue to support him.  We also learned today that former Texas Tech gunslinger Kliff Kingsbury is now offensive coordinator at A&M, so expect a high flying offense this year.

To close the show, as always, we get down to business and start making picks.  There was lots of speculation coming from my entourage (Jennifer) that today’s celebrity guest picker would be A&M graduate George H.W. Bush (READ MY LIPS, NO GATOR WIN), but it turned out to be former Houston Rockets coach Jeff Van Gundy.  Solid picks this week all around which have already been posted, but today’s grand finale saw Lee Corso go with Gig’em Aggies over Florida by posting up in a camping tent with Aggie mascot Reveille.  Enjoy your day folks.