If you watch tons of ESPN college football coverage like me, you’re bound to know who Robert Smith is.  Ohio State buckeye.  Running back.  Played with the Vikings back in the 90s.  He is in the regular rotation on College Football Live, and won the 2010 Gameday Blog championship here, but I like him more for the fact that over the last few years he has been consistently battling other experts in the “Take your pick” department.  He battled Skip Bayless for a season on First Take.  He battled David Pollack on College Gameday for a season.  He battled Christian Fauria on the First Take/1st and 10 College edition.  He battled Jason Sehorn on First Take College Edition.  He jumped ship to Fox Sports and here are his picks. 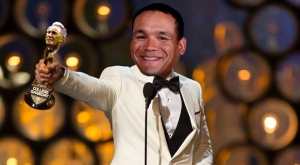